I always try to humanize things when I write these breakdowns. I attempt to make things somewhat relatable, as if there is some macro, more important aspect to the struggle of Purdue fandom. This week, was a struggle.

The closest thing that I could figure was the 1971 movie “A Clockwork Orange”. This surreal Stanley Kubrick flick is far from a sports movie, but it is a story about struggle.

You see, the lead character, Alex, is a thug of a kid who perpetrated a series of crimes in his youth. After being arrested, he agrees to undergo a psychological reprogramming to cure him of his thuggish tendency, in exchange for a limited sentence.

While he was blasted with classical music and other more peaceful therapies, Alex is led to a major test. An evil contraption is hooked to his eyelids, forcing them open. A medical professional applies eye drops to his eyes as horrid imagery is displayed on a screen. Alex, with his eyes pried open is forced to watch the nightmare fuel which is being forced into his consciousness. They called it Aversion Therapy, and Alex writhed in pain watching the disgusting images of war. He cried for it to stop. It was horrific, and an iconic piece of movie cinema even some 50 years from when it was put on film.

As I watched Purdue trail to Illinois 9-6, deep into the 4th quarter, I understood what Alex was going through. I felt that pain. Like Alex, I writhed. I begged for cessation. I wanted out so badly. Unlike Alex, I could shut my eyes, begging for the nightmare to end. This was ugly, ugly football, and I squeezed my eyelids tight like a coward. Like a child, I covered my face, shielding myself from any terrifying shrapnel flying from my televisions screen. I was a mess, cowering from the horror which I was witnessing.

Luckily, for Purdue fans, TJ Sheffield ended the suffering. A long awaited touchdown, like a breath of fresh air, filled the souls of the Boilermaker faithful. That moment carried the day, carrying the Boilers to a happy ending, for what looked at one point, to be a football tragedy in the making.

Jack Plummer started the game, and led Purdue on two immediate scoring drives. Both of which ended up stalling out late, leading to field goal attempts. The offense slipped gears at that point, and simply stopped moving the ball. He ended the game 12/21 for 95 yards passing, and 0 interceptions.

For the second week in a row, he was replaced by Aidan O’Connell, who, for the second week in a row, threw two picks. This week, however, O’Connell showed more brilliance than he did the week prior, eventually finding the endzone in what is technically a 4th quarter comeback. TJ Sheffield took it to the house to give Purdue the 13-9 lead with 5:44 to go. Ended up being the game winning touchdown.

For the second game in a row, the Purdue DEFENSE carried the weight of the team on their shoulders. Illinois had 3 scoring drives, all of which were field goals, and none of which really threatened to score touchdowns. The defense also held Illinois on 4th down late to secure the victory for Purdue.

This game was absolutely on the trajectory to be considered the worst football game that I have ever watched. Stalling offenses that led to field goals. Defensive battling to take away ineffective offense.

What saved it from being the worst game in football history? Aidan O’Connell, who came in the second half and started moving the ball. While Jack Plummer didn’t necessarily play poorly, O’Connell is the hot hand, and he provided the spark that Purdue needed. Under O’Connell’s leadership, Purdue found the endzone.

Not enough can be said about the defensive squad for Purdue right now. When they put this crew together, I was expecting an improvement from last season, but not a huge leap. Yes, we’re only 4 games into the season, but this team has made HUGE leaps. Hopefully this continues to trend in the right direction.

Despite being heavily depleted by injuries, Purdue is favored against Minnesota (2.5pts) on Saturday, as the Golden Gophers saunter into West Lafayette for a nooner.

As we all know, Minnesota was gifted a victory last year by one of the worst calls in modern football history, a phantom offensive PI call that derailed the game and the Boilermakers’ season. Simply because that official has no business being a side judge doesn’t matter. His ineptness aside, it still is a loss in the record books. No matter how many times that I can remind you that this was, perhaps, the worst call in football history, and that the official should absolutely not be working in football any longer… Purdue still lost. Wins and losses are counted. Incompetent officials are not counted by the Big Ten, and in many ways are even heralded (See Bo Boroski.) Anyways…

Minnesota is struggling at the moment having lost to Bowling Green as 30+ point favorites. I would hate to play them after that loss. (Big sigh)

PJ Fleck and the Flecktones have had Purdue’s number as of late, inept officiating or not. Time to get off the losing end. 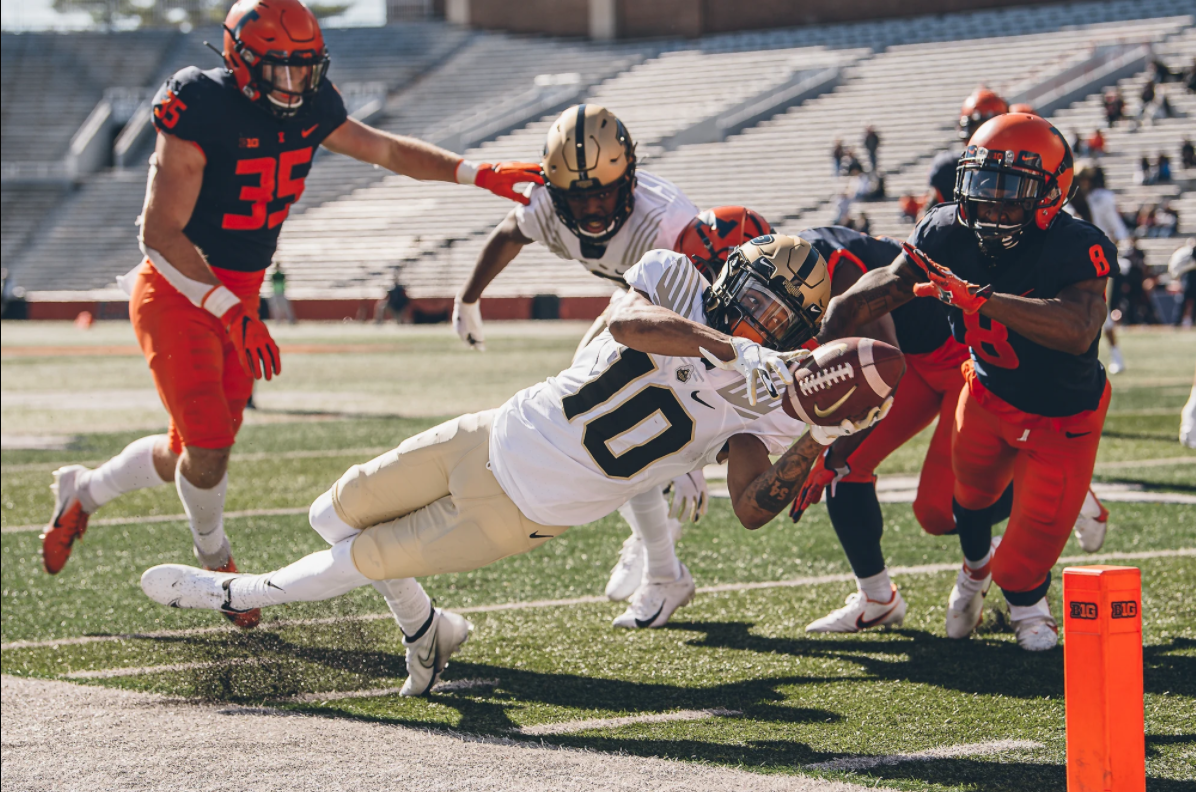 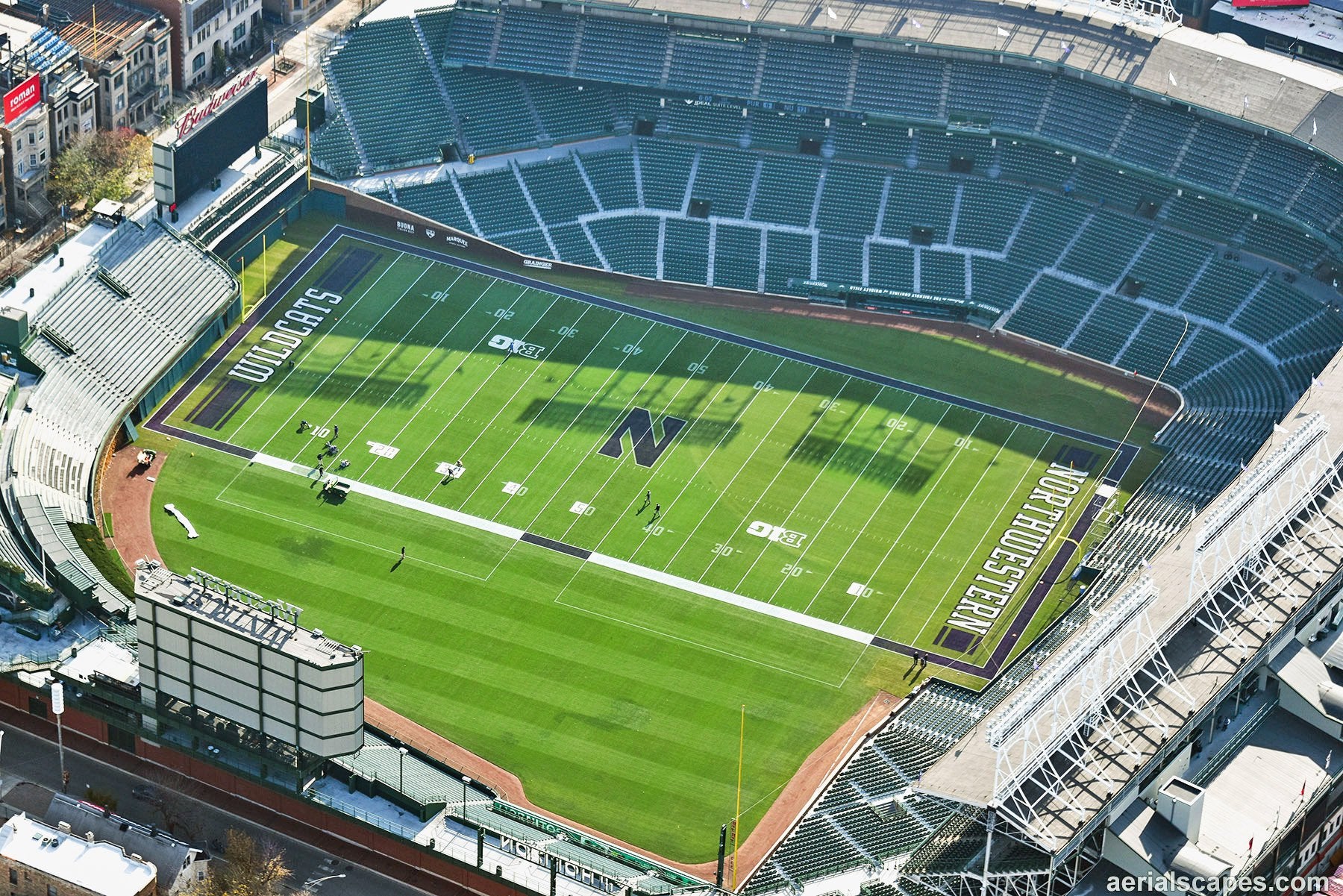 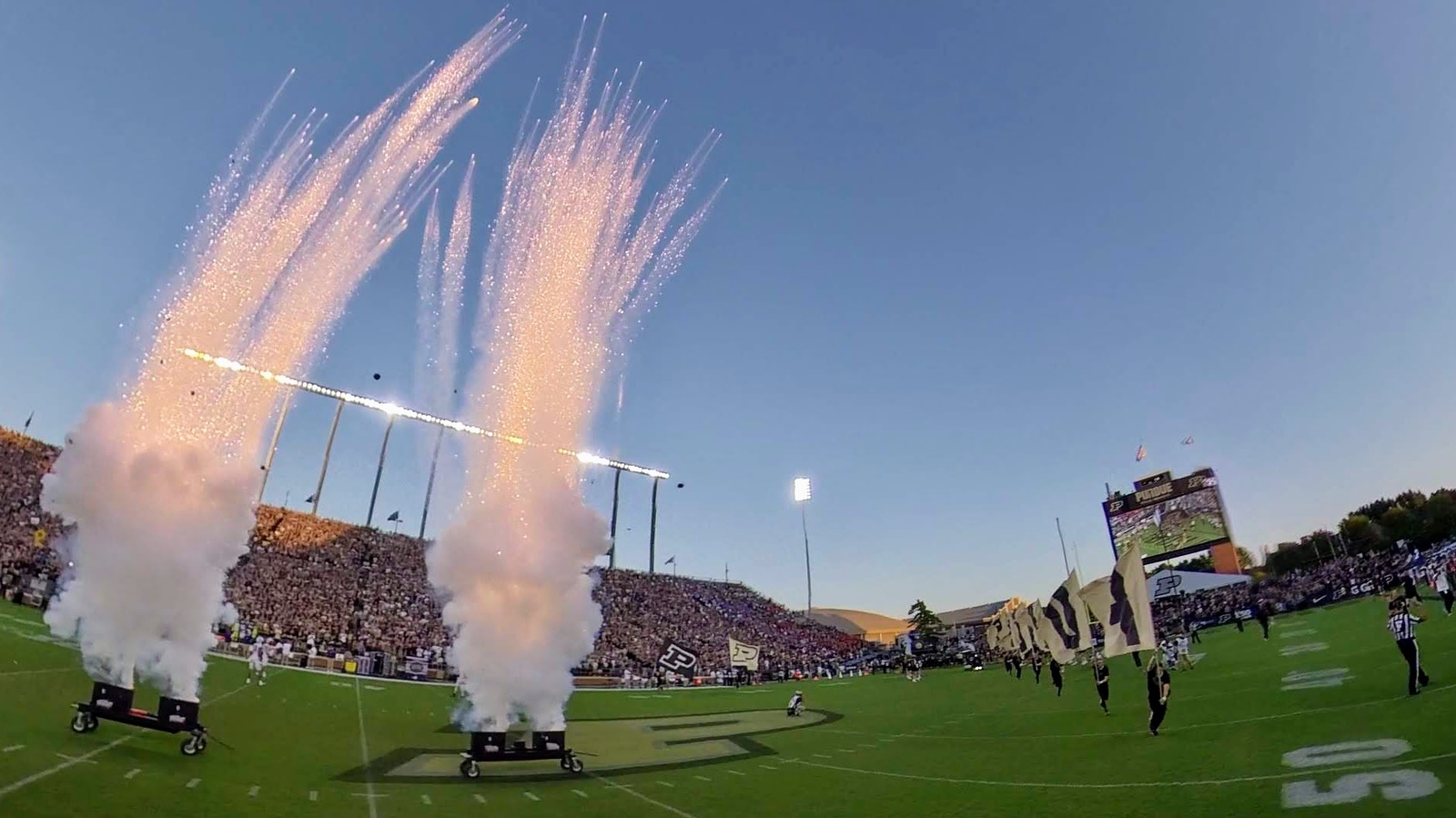