We think about October 20th, 2018 and October 16th, 2021. Dates that will be talked about for many years to come. Games that you’ll ask your friends, “Hey where were you when…” The Tyler Trent Game, the David Bell game, the #2 team in the country, the Spoilermakers, upsets, celebrations, and victory. But this week I found myself thinking more about October 27th, 2018 and October 18th, 2003: Purdue’s follow up week loss at Michigan State in 2018 and the last time Purdue beat Wisconsin in Football. Last week a 14 year drought ended, and the Boilers are once again ranked. It’s not often a such an obvious program altering opportunity comes around, but it’s here again, for a second time in three years, and its going to take ending that 18 year drought against the Badgers to do so.

Last week we saw what seems to be a stepping stone on Jeff Brohm’s return to what got Purdue winning when he first took the job, creativity. The additional off week allowed Brohm and the offense to install what Purdue Volleyball Coach Dave Shondell called, The 3-Headed Hyrda offense, featuring Purdue’s three top QB’s rotating in. We expect to see Purdue continue to try ride the three QB carousel to success against against a stout Badger defense. Horvath, Cross and Garrett Miller aren’t expected to play so depth at RB and TE will be limited with Jackson Anthrop seeing some action in the backfield this week. Badgers will feature their typical stout 3-4 defense that will feature plenty of stunting and action in the front seven. Jack Sanborn and Leo Chanel anchor the defense from the inside linebacker position and are the top two tacklers on the defense. Badgers defense runs a combination of man and zone coverage concepts and will typically play with at least two deep safeties. Big question will be if the Purdue offensive line can continue their streak of keeping Aidan O’Connell clean in the pocket and let David Bell and Co work the Badger secondary.

On the defensive side, the Boilers we be facing a fairly typical Wisconsin offense. Leaning on their offensive line and tight ends, the Badgers average over 46 rushing attempts per game compared to just under 26 pass attempts. Carrying the load for the Badgers, is former Clemson running back Chez Mellusi as well as true freshman Braelon Allen who combine for over 800 yards rushing already on the season. Last week the Purdue front 7 did exceptionally well against a strong Iowa rushing attack, holding the Hawkeyes to under 100 rushing yards. Boilers will need to be able to stop the run today and force Mertz to pass as the Badgers average 4.4 yards per rush. Speaking of Mertz, after a solid season in 2020, the redshirt sophomore has had a rough go so far this season, completing just 55.6% of his passes and has just 2 touchdowns to 7 interceptions. The big question on the defensive side of the ball will be how many people does Purdue need in the box to consistently stop the run. This will then dictate what kind of deep safety coverage the Boilers can play with.

Overall game plan for Purdue will likely be similar to their game plan at Iowa. Try to get out front early and make Mertz throw. Purdue’s offense has always been built with the intent disrupt run heavy opposing offenses by scoring early and fast. They now have a defensive scheme built to allow them to sell out against the run. Will it be enough to end the 14 year drought against the Badgers? Will the Boilers seize a program changing moment the second time around? Fortune favors the bold. Let’s just see how bold these Boilermakers are. 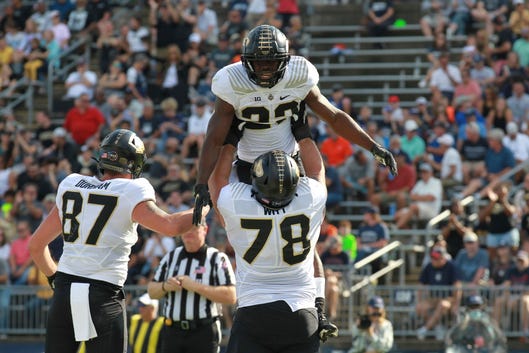 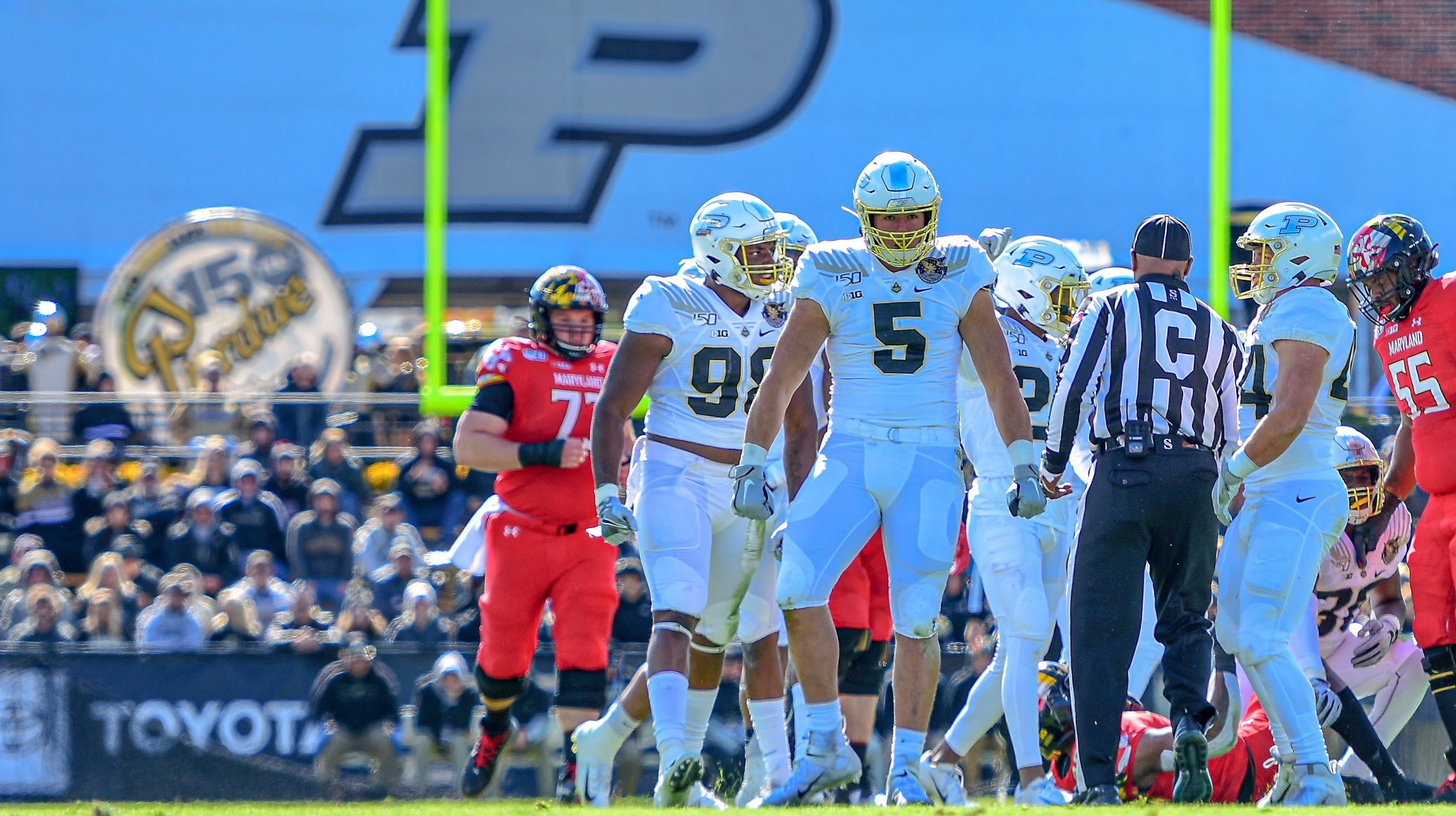 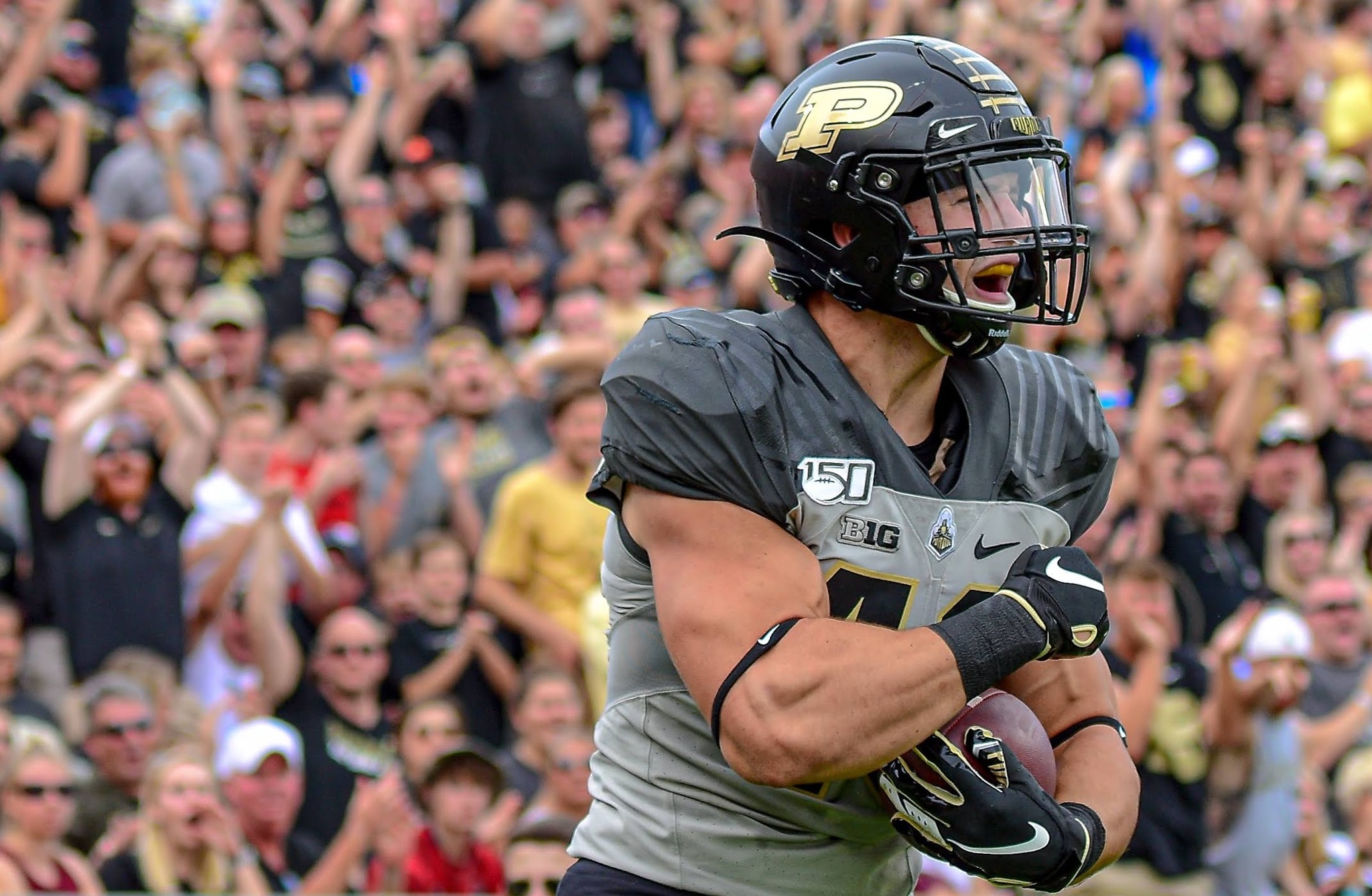