Things get hectic this time of year. Thanksgiving is a week or so away… Then comes the rest of holiday season. Whether it be Christmas, Hanukkah, Kwanzaa, Festivus, or whatever holiday you decide to celebrate, is right around the corner. Then New Years… We might as well be starting our St. Patrick’s Day planning, and soon Easter. Soon I’ll be sitting at Indianapolis Motor Speedway, all the while thinking of my July 4th plans.

Frankly, folks, we are literally just a few weeks away from me planning my 2022 Halloween party.

What I am saying is, there is a lot going on, so for the sake of time, I am planning on doing something a little different.

With both Boilermaker Football and Basketball on the docket, the overlap can get a bit trying for us media folk. For the reader? There is too much info to take in. So for the next few weeks, I will be taking a punchy approach in covering our Boilers. This way, you, the smartest and most physically attractive fanbase in all of the Big Ten, can have all of the information at hand, easily digestable.

Without my usual fluff an bombast, here is what you need to know from my eyes to your screen.

The offense showed up, the defense and special teams didn’t, and Purdue took Ohio State’s strongest punch on the jaw. Much like prime Mike Tyson’s opponents, Purdue got floored.

Other than the lopsided loss, Purdue has positive to take away from this game. The offense hummed along to the tune of 481 yards, and scored 31 points against a top ranked foe. Aidan O’Connell continues to shine, passing for 390 yards and 4 TDs, finding 9 different receivers in the process.

David Bell continued to do David Bell things, reveiving for over 100 yards, on 11 receptions. Milton Wright went for 98 yards and a touchdown, and Jackson Anthrop recovered from a bad fumble early to shine with two touchdowns on the day.

While there isn’t much else to talk about for this game, the fact of the matter is, that Purdue is still in position to win 8 games this season. There is no shame in losing to Ohio State. Following two turnovers and a 16 yard punt which essentially gifted OSU 21 points, OSU was rolling. For the Buckeyes, everything on offense clicked this week, and there wasn’t a team in the nation that could have stopped Ohio State on Saturday.

Purdue could have folded, however, but kept battling on Saturday. The Boilers scored 31 points, all against Ohio State starters, and while it wasn’t close, our boys showed fight… for what its worth.

Purdue, despite looking less than pristine during the preseason, lived up to their lofty expectations in the first week of the season. The Boilermakers defeated Bellarmine 96-67, and followed up that performance with a 92-67 victory over Indiana State.

While there is plenty to talk about this week involving individual performances, I want to highlight a few of them.

Jaden Ivey appears to have made the transition from good player to great player this off season. As expected, his athleticism is electric, and it appears that he his hitting his stride. His 27 points against Indiana State came easily and efficiently. Purdue has had high volume scorers in the past, who could easily put up 30, 40 points. Against Indiana State, Ivey did it on 10-13 shooting.

Zach Edey is a force. The sophomore put up a career high 22 points against Indiana State, doing so on 8-9 shooting, in only 18 minutes. Edey continues to start at the center position, averaging 19 points and 9.5 rebounds. Keep this in mind, Zach Edey, as a sophomore, has usurped an All American for a starting position.

That All American, Trevion Williams, is still playing well despite not being the starter. It is a sports cliché that the best player starts. Painter is playing a big of “mad scientist” with his rotation as we speak, tinkering with what works. He will continue to run with the hot hand to start, but whatever works best to win is the key point. Trevion’s rebounding and passing has been on point, doing the little things to be productive. Williams is mature enough to know that Matt Painter’s rotation tends to be very fluid until later in the season, so this could all be part of the feeling out process.

Sasha Stefanovic appears to be the leader of this team early. His sharp shooting is impressive so far, shooting an impressive 63% from 3 point land on 11 attempts on the season.

Zach Edey has been a huge surprise so far this year. We knew that he would take a jump this season, but to this point, Big Maple looks excellent. Right now teams are going to have one hell of a time stopping him. He is scoring, he is rebounding, he is passing, and he is hitting his free throws. Yikes.

Also, did you folks know that he played hockey a few years ago? Wild!

The Boilermaker Football team travels to Wrigley Field to take on the Northwestern Wildcats. I will be in attendance, potentially bringing breakfast club to the northside (I will be in the 200 level. Autograph line starts to the left). As both a lifetime Purdue fan and lifetime Cubs fan, this is truly a once in a lifetime situation. A crossover of epic proportions. Purdue opens up as a 11.5 pt favorite against Northwestern.

The Boilermakers have another tune-up game against Wright State early in the week, then head to Connecticut to take on North Carolina in the Hall of Fame Tipoff Tournament on Saturday. This weekend look to be the first real tests of the young basketball season. Boiler Up! 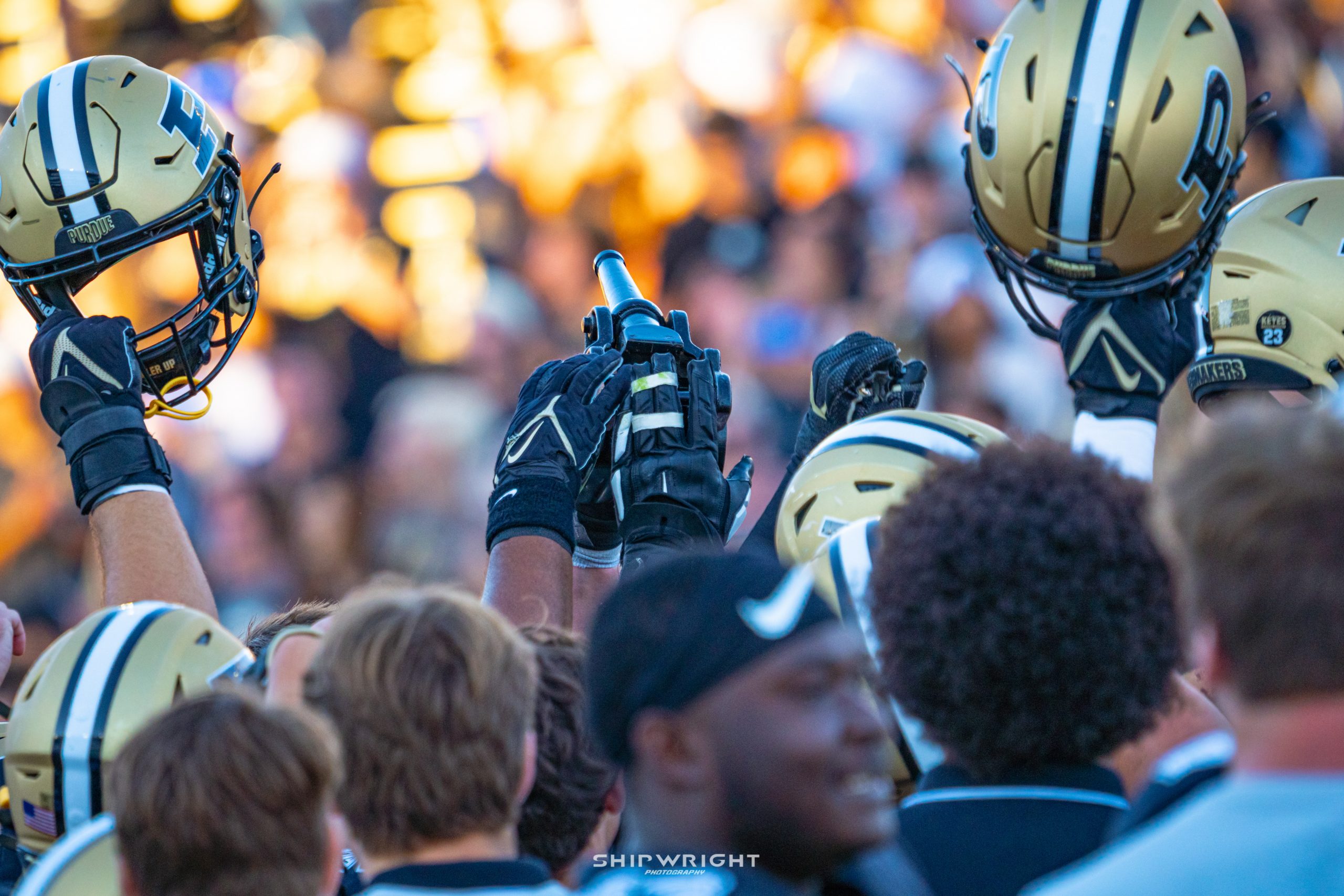 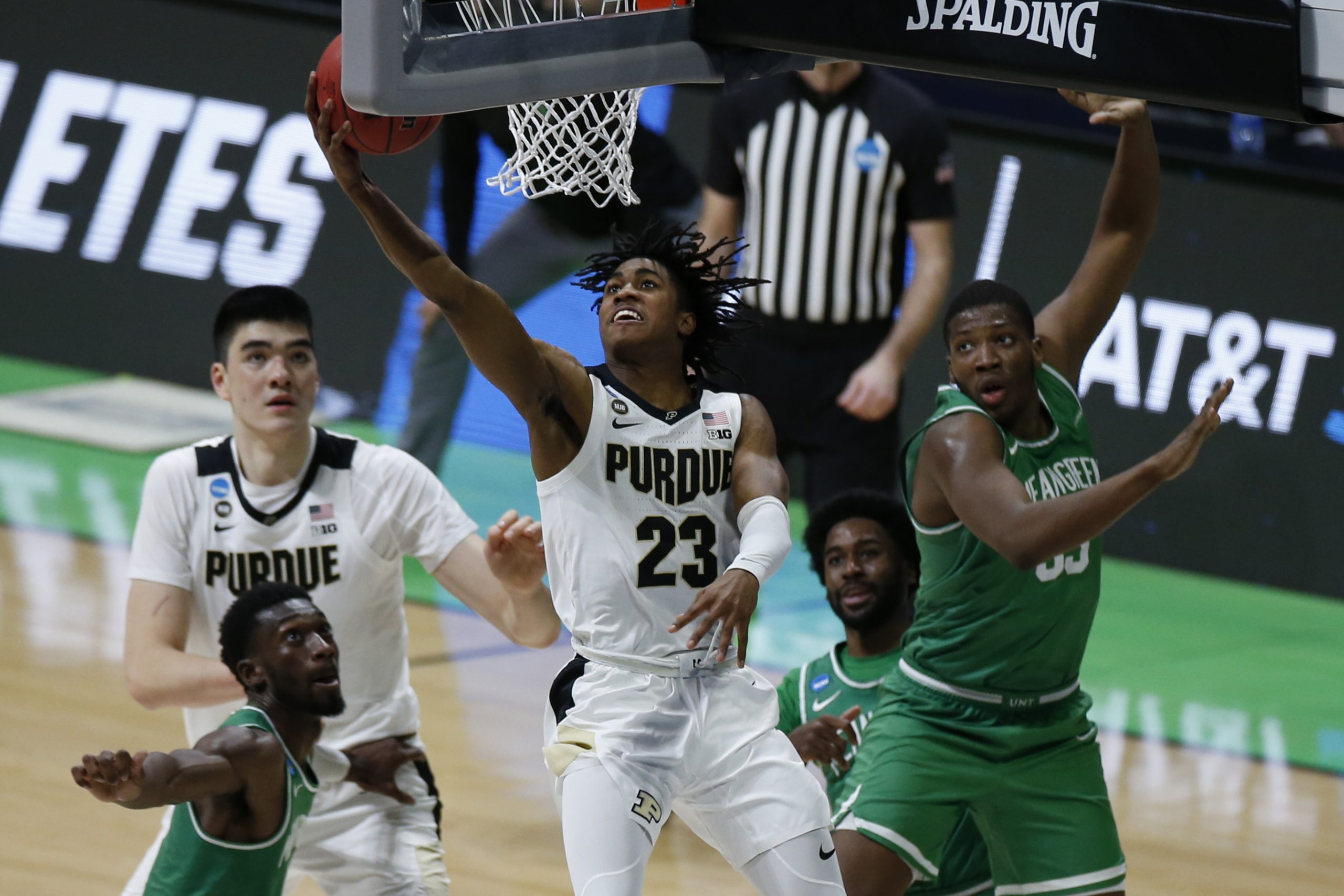