I raise a toast, a small glass tumbler with neat whiskey, to the Boilermakers this past Saturday. A game that showed the world what can happen when things finally click for the Boilers.

A toast to a coaching staff that hit the nail on the head for at least one week.

A toast to a quarterback who dominated the best secondary in the NCAA.

A toast to a wide receiver who torched those same corners.

A toast to the defense who shut the opponent down.

A toast to the four inteceptions.

A toast to the #2 team in the nation.

A toast to the Boilermakers who put it all together.

Aidan O’Connell passed for 375 yards and 2 TD, while running for 1 more, as the Purdue defense clamps down on the #2 ranked Hawkeyes, leading to an easy victory.

David Bell had 240 yards receiving and a TD, while Iowa ended the game with 271 total yards. Oh, and they needed deep into the 4th quarter to get those yards. For most of the game, David Bell had out gained Iowa.

Death, Taxes, Matt Painter, Announcer’s jinx, Robbie Hummel at the free throw line, Joe Tiller’s bubble screen, 100+ decibels in Mackey Arena, a sip of whiskey on a football Saturday, David Bell vs. Iowa, and Purdue taking down the #2 ranked team while being unranked. Certain things in life are automatic.

For the 9th time in their history, Purdue has beaten the #2 ranked team while being unranked. This is far and away the highest total amongst all college programs.

The most recent time that this has happened was the Tyler Trent game, in which Purdue throttled Ohio State 49-20. While the 2021 version of the Iowa Hawkeyes is not quite the total package as that year’s Ohio State team, the Hawkeyes were still ranked #2, and were careening towards a playoff birth.

That was until David Bell got involved, and did what he did. An all timer of a performance, one of those that we will talk about in 20 years. David Bell is the kryptonite of the Iowa Hawkeyes.

It takes a quarterback, or three, to get the ball to him. Aidan O’Connell led the way and diced up the secondary. The running game got the job done, and Purdue was all around dominant.

The defense controlled the game, and didn’t allow Iowa to get moving. Led by Jaylan Alexander’s 10 tackles, and Cam Allen’s 2 interceptions, Purdue garnered 4 sacks, 4 interceptions, and completely stymied the Hawkeyes.

Don’t let the score fool you, folks, this game wasn’t nearly as close as the score appeared.

David Bell. Are you kidding me? This was one of the most incredible performances that I have seen from a wide receiver in the 35 years of me watching football.

My son and I were wondering… Why are they single covering him, still? He’s killing you but you’re not putting someone over the top?

Of course then Bell burnt them yet again.

Just one disappointment from Saturday. I am disappointed that more people aren’t suggesting David Bell being a Heisman candidate right now. Check the numbers.

To one of my best friends this weekend. His father, and a man whom I have known for 20+ years, passed during the bye week, following a lengthy illness. A passionate Boilermaker Alum, was a loving presence for all of us growing up, and one of my favorite folks during my formative years. Quick with a joke and a sharp anecdote, everyone’s day was always brightened when he touched it.

To me, this is the Tom McHenry game.

In a football Saturday in which Lane Kiffin was being pelted by golf balls being thrown from the Tennessee crowd, Iowa wasn’t above the fray when it came to disrespectful and unsafe crowd responses.

Purdue offensive lineman, Greg Long, had a can of beer chucked at him from the Kinnick stands during the third quarter. He promptly picked it up and chugged it! Hell yeah!

Well would you look at that. Following this upset, Purdue is now ranked in the top 25 for the first time in 14 years. The last time the Boilermakers were ranked was October 1, 2007. Since then, Purdue has suffered the longest streak in P5 football of being unranked. Well that died on Sunday!

Purdue will take their shiny new ranking and host Wisconsin on Saturday. I told my son that this is the first time that Purdue will be favored against Wisconsin, and expected to beat them, in his lifetime…

What in wild world of sports is going on!? Wisconsin is FAVORED??!!?? 3 POINT FAVORITES?

I guess we’ll find out Saturday at 3. 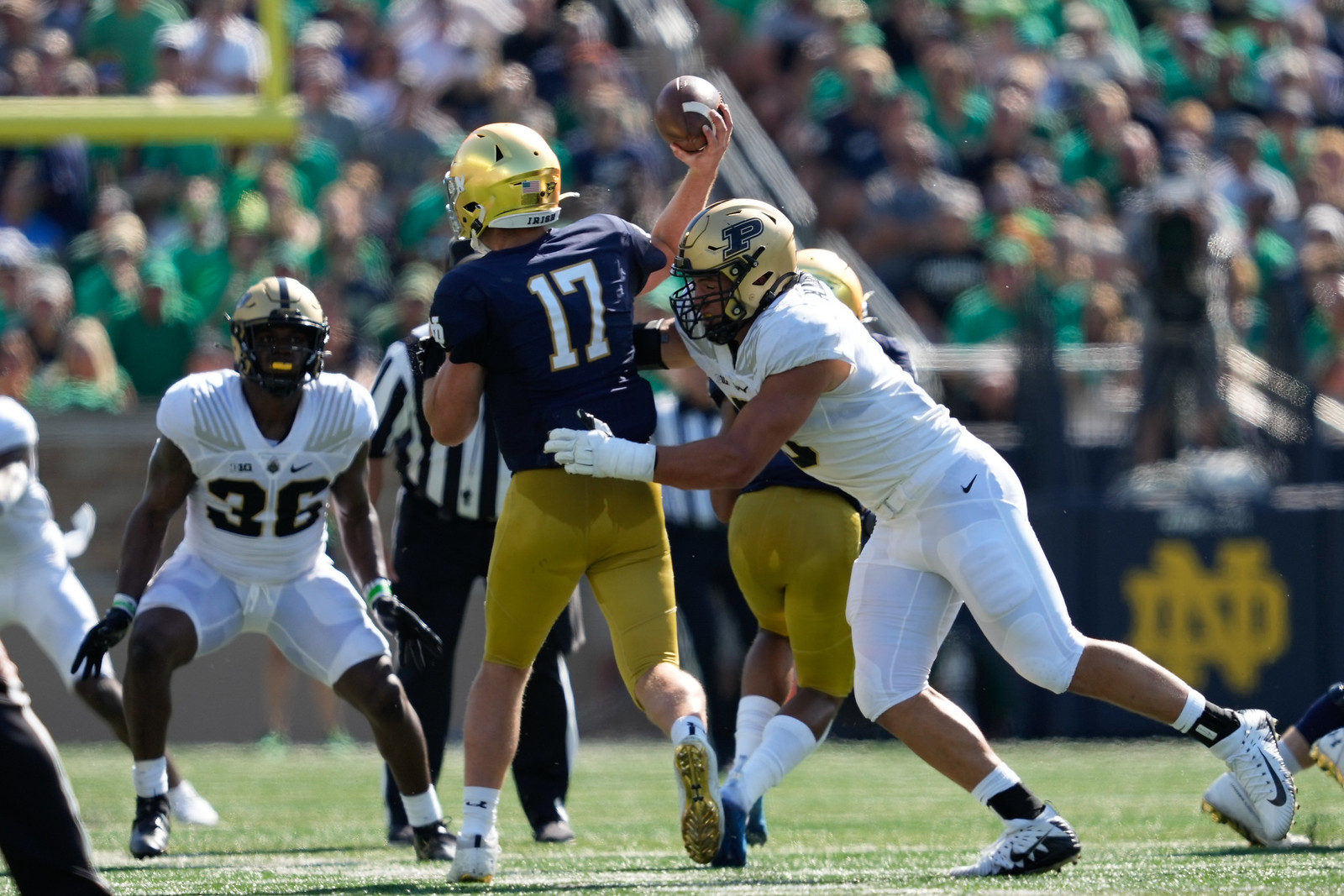 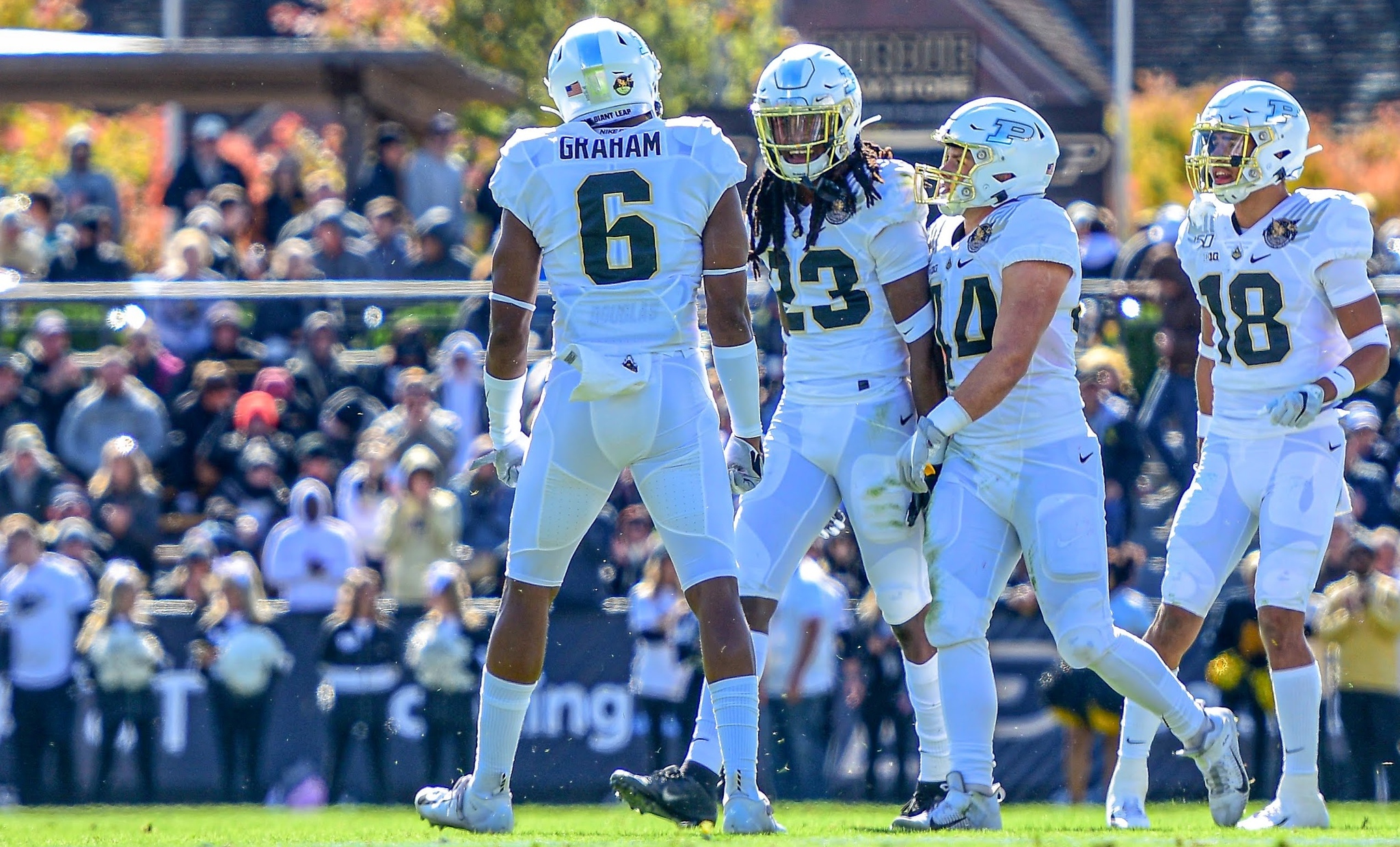